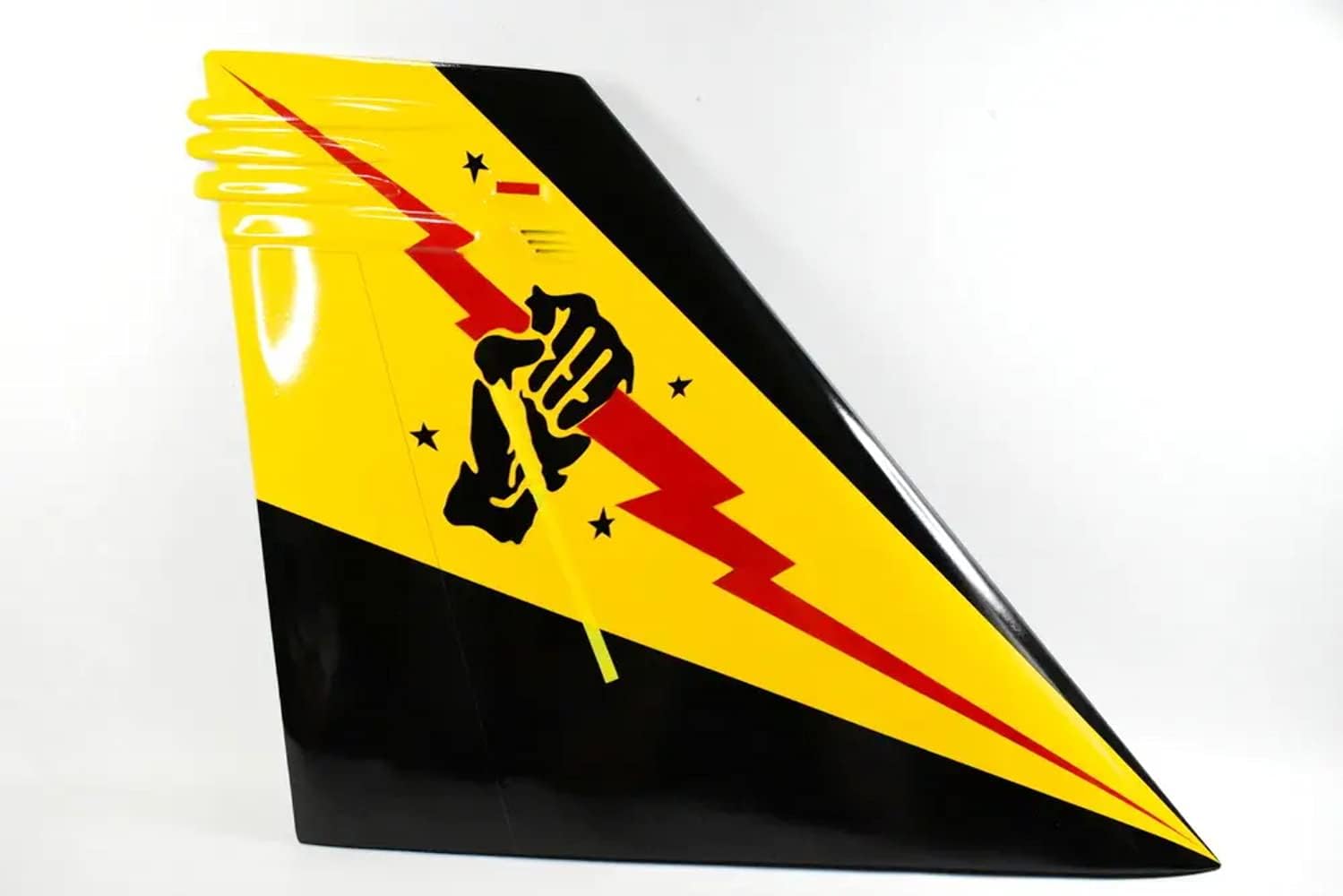 A beautifully carved 20 inch solid wood tail of the VFA-25 Fist of the Fleet! Collect all your squadrons with truly artistic craftsmanship of the Navy’s finest symbols.

The use of naval aviation insignia is a modern form of heraldry that dates back to the early period of naval aviation in the 1920’s and captures many proud moments of its history. The practice fosters a sense of pride, unit cohesion and contributes to high morale, esprit de corps and professionalism within the community. It also serves as an effective means of preserving a command’s tradition, continuity of purpose and recognition, as traced through its lineage.

Strike Fighter Squadron 25, the “Fist of the Fleet”, is a veteran command of Naval Aviation. Originally commissioned Torpedo Squadron 17 in 1943, the squadron operated during World War II with TBM and SB2C attack bombers flying from the deck of USS HORNET.

Following the war the squadron was re-designated as VA-65. In December 1947, the squadron transitioned to the aircraft it would fly for the next 21 years, the propeller driven AD-1 “Sky Raider,” known to its pilots as the “Spad.” VA-65 became a plank owner aboard USS CORAL SEA (CVA-43) when it sailed with the carrier on its maiden voyage in early 1948. In succeeding years Attack Squadron 65 also deployed aboard USS MIDWAY (CVA-41) and won its first Battle Efficiency “E” denoting it as the best single engine attack squadron on the east coast in 1948.

At the outbreak of the Korean hostilities, the squadron was transferred to NAS Moffett Field. In the fall of 1950, they deployed to Korean waters with Carrier Air Group 2 aboard USS BOXER. An impressive combat record was compiled aboard this “Essex” class carrier, with 1,645 combat missions being logged. In July of 1959 the squadron was re-designated as VA-25. In 1962 the squadron moved to newly completed NAS Lemoore, California.

TV shows and movies just for you

This week's top TV and movies

IMDb helps you select the perfect next show or movie to watch.
Watch Guide
Most Popular

Coming soon to theaters (US)

Please enable browser cookies to use this feature. Learn more.